This week at Concrete we’re sharing the exciting sporting history of one of our team members!

Gateway Coordinator Marcus works full-time for Concrete and Adullam within our Destination:Home Gateway Team, the access point to our services for people who are homeless, or at risk of losing their home.

In his spare time, when he’s not making homelessness history, Marcus loves to stay fit and exercise as much as he can.

He’s always trained hard to achieve his goals and that includes the Summer Paralympics in 1992!

This week we sat down with Marcus to ask him all about his experience at the Paralympics and how he got there. 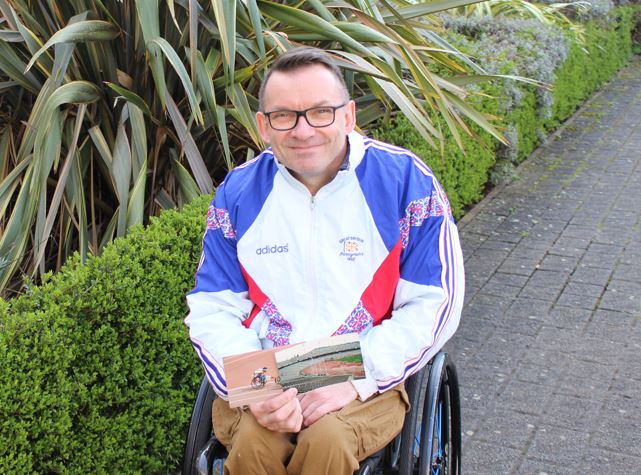 After taking part in the Potteries Marathon in the late 1980s and early 1990s, Marcus delved into the world of wheelchair racing. It was the start of a journey that took him all the way to the Paralympics!

When a local Ford garage offered the prize of a car for a wheelchair user who could complete the marathon in 1991 in less than two hours and 15 minutes, Marcus decided to give it a go.

He looked for advice and guidance around performance and preparation and was signposted to Stoke Mandeville. He met up with a track coach and began training with different squads.

He didn’t win the car, but he did embark on a sporting career that took him all the way to Barcelona for the Summer Paralympics in 1992.

Marcus said: “When I met the coach at Stoke Mandeville, who ended up being my coach throughout my career, he said he saw something in me. He told me I wasn’t going anywhere, so that was that.

“At the start of 1992, they told me there was a chance I could go to the Paralympics, so I focussed all my time around that – it was all still really new to me! Fast-forward to the summer and I was travelling to Barcelona to compete in the wheelchair track events.

“It was exciting, but I’d never done anything like it before so there were definitely a few nerves! When you’re sat in a waiting room with your competitors and they’re all pecking at you, asking for your time, you just want to tell them to leave you alone.

“Other people can really get inside your head before you compete. The good thing was that there were no expectations on me because I was new, so the pressure was off a little bit.” 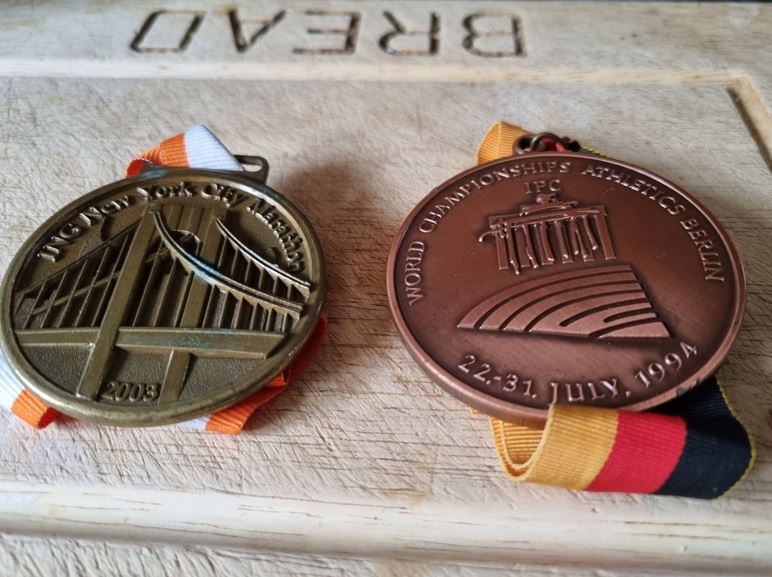 Marcus competed in the 100-metre qualifier and secured his place in the final. In the final race, he secured a new personal best, first European home and a British record.

“I missed the Bronze medal by three hundredths of a second! The guy who got the Bronze was in the lane next to me and he beat me by half a front wheel.

“I can remember looking over to my coach and he thought I’d got it. He started jumping up and down. To me, it didn’t matter that I hadn’t won. I was still over the moon because I’d done so much better than I could have ever expected. I didn’t know how I’d do because I’d never competed like that before – it was my first international race.”

Two days later, Marcus returned to the track to compete in the 200-metre wheelchair sprint and came sixth.

“The whole experience was just fantastic. You get to watch other people train and compete against some brilliant athletes.

“You learn so much about tactics and the business side of sport. When you’re training with other athletes, coaches will tell you to not give it your all. You have to hold back because you don’t know who’s watching you.”

It was also during the Paralympics that Marcus found out more about the ever-evolving world of sports equipment.

“In my first chair I’d sit normally with my legs down, but aerodynamically that’s probably the worst position to be in. That’s because the airflow is beating your chest.

“It’s best to be as low as you can and rotate y our body, so the airflow would go over you. This meant a lot of people were kneeling in the chairs, essentially sitting on their legs.

“One of the American lads had undone all my seat upholstery, got some bungee straps and basically sorted it so I was rotated. It was amazing – straightaway I could feel the difference.”

After competing in the Paralympics, Marcus went on to the World Athletics Championships in Berlin in 1994. He’d gained more experience, trained harder and came away with a Bronze medal in the 400 metre wheelchair sprint.

“It was just fantastic to reach that top level and get a medal. I can still remember the race. I got off to a good start and things felt right. I passed a South African guy and then a Canadian guy – who actually beat me for the Bronze Paralympic medal in Barcelona! As I passed the Canadian, he actually swore at me. I realised I’d got into his head then.

“I carried on and with about 80 to 100 metres to go I was second. Then the South African guy passed me and I came third quite comfortably.”

Sadly after his success in the Paralympics and World Championships, Marcus didn’t make it to the 1996 Summer Paralympics in Atlanta, USA, even though he met the criteria.

“I thought it was a wind-up when my coach called me. You know what sports teams are like with that kind of banter. Sadly though it wasn’t the case.

“I went down to London to appeal the decision, but nothing came of it. My coach called me and told me put my chair away and take a break, so that’s what I did. I went away on holiday and got myself back on track.

“I started a sports degree in 1996 and then in 1998 I trained hard for the next World Championships. Sadly again it didn’t happen and I was really gutted because I pushed myself so hard.

“At that point I decided to step back. I thought I’d given it my all and couldn’t do much more. You do look back and think, ‘was I too hasty?’ but it was the right decision for me at the time. I don’t regret anything.”

Marcus went on to coach and continued to work with his squad as a staff member. He continues to train and to this day he rides five to six times a week on a handcycle covering on average 75 miles a week.

“I’ve ridden a hand bike for over 20 years. It’s adapted to be arm powered. On that I’ve done the New York marathon, the Potteries Marathon, international rides in France and also a televised event – Ride London.

“I’ve also completed a number of 50-mile rides for Dougie Mac, raising money in the process.

“For me, exercise is my addiction. It keeps me going. If I’ve had a tough day I can come home, get on the bike and just blast it away.

“I can’t even imagine what I’d do if a professional told me I could never exercise again.”

Now Marcus works full-time for Concrete and Adullam as a Gateway Coordinator.

“We’re the entry point for somebody who is homeless or at risk of homelessness. I enjoy it so much because no two days are ever the same.

“I started off in a role supporting single-parent families. I worked there for four years, but it was lottery-funded, so when that ran out it came to an end.

“In 2017 I made the move into the homelessness sector and started working at the Adullam Lifehouse in Stoke. Homelessness was a new avenue for me at the time, but I enjoyed it straightaway.

“Then in 2020 an opportunity came up as part of Destination:Home, so I moved over and it was the right thing for me. Now I work between Concrete and Adullam and I really feel like I’ve got the best of both worlds.

“I love what I do and I enjoy working in the homelessness sector. It’s an ever-changing and challenging environment, but it’s important work. I can’t imagine myself ever doing anything else!”

If you need support with your housing situation, get in touch! Email hello@thisisconcrete.org.uk or call 03300945558.

Find out how you can help

Necessary
Necessary cookies are absolutely essential for the website to function properly. This category only includes cookies that ensures basic functionalities and security features of the website. These cookies do not store any personal information.
Non-Necessary
Any cookies that may not be particularly necessary for the website to function and is used specifically to collect user personal data via analytics, ads, other embedded contents are termed as non-necessary cookies. It is mandatory to procure user consent prior to running these cookies on your website.
SAVE & ACCEPT